I read something online about Barbie dolls the other day, which I believe was meant as a joke but made me think, “Hey, that’s exactly how it was for me.”

The post was about how Barbie dolls had been so much more than dress-up toys for this woman writer–the dolls were a tool for her to practice how to take over the world.

In my country we didn’t have Barbie dolls, but we had something very similar. Mine was a Susi (which I still have today) and yes, I dressed her, combed her hair, and admired her perfect made-up eyes and lips. But Susi was so much more than that.

She was my prop to recreate all the stories I had in my mind. I’d plan and put together elaborate stories and play them over and over again, adding details, perfecting it. I remember one particular setting I seemed to favor–not sure why: a baby bathtub which I had filled with every supply my doll and her family would need. The plot was simple; they were escaping some kind of calamity and they were stuck on that ship until they found a safe harbor somewhere.

Even though Susi had a husband, she was always the one in charge. She took care of the whole family and was the one who found solutions to every problem. She might have been tiny–hubby was a full size doll–but she was fierce. 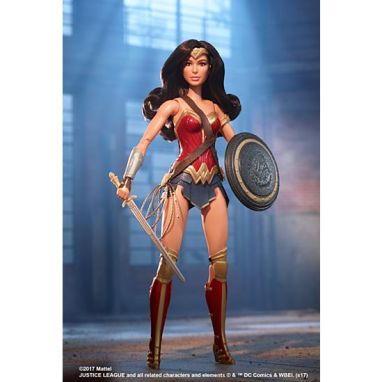 Because of that I always roll my eyes at the whole controversy about said doll. I never looked at Susi and thought, “I want to look just like her and be perfect, thin, and helpless.” Instead, I thought, “Girl, let’s go do something awesome and worthy of the kick-ass heroine you are.”

What did you do with your Barbie dolls?